Living in a Mitzvah 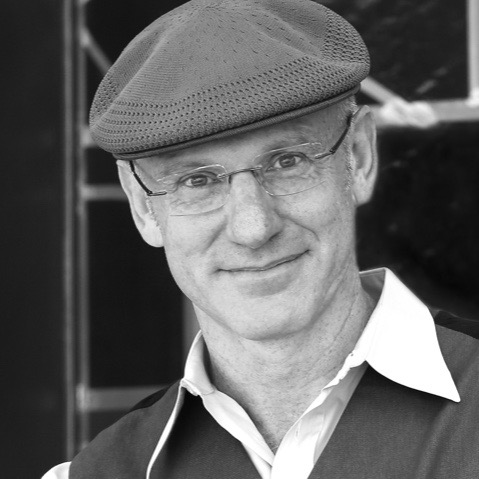 The Baal HaTanya writes that each year after the shofar is blown, the hidden light of “Mochin,” a new intellectual wherewithal, descends into the world, to be revealed on the holiday of Sukkot.

G-d reminds us that He has moved from the throne of justice to the throne of mercy. Our remorse over the past now becomes a springboard impelling us forward, energizing us to return ever closer to Him, with renewed and refreshed zest. The awaited time has arrived to sit together with our beloved, away from all distractions, to receive G-d‘s hug of love and acceptance.

Throughout the holiday of Sukkot, Hashem is sending us a message of His love. The sukkah walls are like extended arms with which Hashem embraces us. The schach is like the tallis of a chuppah under which two beloved souls are united into one. The Lubavitcher Rebbe teaches that on Sukkot, the full nature of joy is revealed, giving us a taste of life with Moshiach.

The joy expressed in the sukkah, as we realize that with this unique mitzvah our entire being–in its physical, intellectual, and spiritual aspects — is fully surrounded by the Divine, all day and all night, for over a week, is great enough to break through the gates of heaven. As we knocked on our hearts while praying to G-d for forgiveness, G-d has been knocking, too, asking us to open them up and let Him in.

Let us respond happily and spend the holiday — and all year — together with Him!

There are many types of mitzvos, but few encompass all of us like living in a sukkah for seven days. There is no other mitzvah to be completely inside something, other than the mitzvah of living in Israel. There is a mitzvah to be ritually pure, which we accomplish by immersing in a mikvah. But the mikvah is more of a means than an end.

According to the verse, it seems a sukkah is also just a means to an end, that being to recall that God “made” our ancestors live in booths after leaving Egypt.

It’s the opposite of how many people live. We don’t see our souls, but we do see our bodies, causing them to become top priority in life.

Billions of dollars are spent pampering the body while so little is spent pampering the soul, and that is what usually leads to the sins for which we atone on Yom Kippur. That is when we are supposed to realize this and make our souls the priority. Living in the sukkah for seven days is supposed to concretize this realization for the new year.

This verse explicitly tells us that one of the reasons for dwelling in the sukkah (there are additional reasons in other texts) is so that future generations know of God’s omnipotence as demonstrated in the Exodus, and in sustaining us through the desert.

But how does living in a booth allow us to really know God’s greatness?

There are many ways, but the most clear is found in the holiday’s practice of Ushpizin: inviting guests to our sukkah. This includes inviting physical guests, but also the spirits of our ancestors Abraham, Isaac, Jacob, Joseph, Moses, Aaron, and King David into our booths.

Each night of the holiday we call out to these spirits as we invite them by name into the sukkah. The liturgy is clear. “Be seated, be seated exalted guests. Be seated, be seated guests of faithfulness,” is followed by a calling out of each of their names. The spirits of these seven ancient luminaries who experienced God’s greatness directly and personally are welcomed into our homes and hearts.

So let’s all invite guests into our booths, and go as guests to others. And in doing so, may we all be affected at the deepest level to truly know God’s greatness and love.

While the Temple stood in Yerushalayim, on Yom Kippur, the kohain gadol burned incense in the Holy of Holies to expiate the sins of all of K’lal Yisroel.

Throughout the next five days, while we prepare for Sukkot, the smoke that arose over the Bais Hamikdash from that incense offering transformed into the Clouds of Glory, which are the origin for the mitzvah of Sukkah according to Sukkah 11b in the Gemara.

The smoke from the incense offering was spiritually charged so powerfully because it manifested am Yisrael’s heartfelt teshuva, which the Lubavitcher Rebbe said is “a revelation of the soul’s highest dimension, which transcends our conscious minds.”

While the fun and exciting mitzvah of Sukkah begins to give us a sense of how the Clouds of Glory absorbed enemies’ arrows in the desert and how much Hashem protects us every day, the sukkah’s power can sometimes feel as subtle and elusive as Hashem’s responses to our heartfelt tefillos to change ourselves.

So that we can internalize the koach and brachos that Hashem wants to give us in response to our teshuva, He gives us the mitzvah of lulav, which brings down Divine, strengthening, protective, and loving energies into our day-to-day lives, as we continue to realign our identities with whom we want to be in 5783.

In verse 43, Rashi is concerned with ki b’sukkot hoshavti i.e. “in booths I caused (you) to dwell.” Rashi’s understanding is simple; this references “annei ha’kavod,” (clouds of God’s glory) i.e. Israel’s sacred camouflage. What do clouds of God’s glory have to do with a booth? We might also ask that if clouds of glory are what God meant, then why doesn’t the text simply state “I (God) will envelop you in clouds of glory,” and be done with it?

As Israel flees from Egypt there is a pall of uncertainty. We fathom that God directs our fate with Moshe as our interlocutor. However, God’s physicality remains liminal and unseeable. Meanwhile, we are in the midbar, translated alternately as desert or wilderness. It is by contrast, an overtly physical wild place, given to the vicissitudes of changeable weather, tormenting snakes, and scorpions, to say nothing of the anxieties over an insecure food supply. We can ask, what does a temporary booth offer in the face of such elements? Rashi hits the nail on the head. Not only does God place us in sukkot, an appreciably real place to rest our heads, but His pillar of cloud (first seen in Exodus) extends upon us an eternal shroud of protection. We reenact God’s gesture of Divine love by dwelling in booths for seven days each year. In Greek literature, it is known as theophany, a manifest encounter with God. Therefore, to sit in the sukkah is to personally understand God’s intimate, unique love.

Previous articleFace Time – A poem for Parsha Ha’azinu
Next articleDo You Need to Believe in God to Convert to Judaism?