The Curse of False Choices and How They Undermine Critical Thinking

Americans have an obsession with false choices, and many of the movements within both far-left and far-right circles have taken advantage of this obsession. 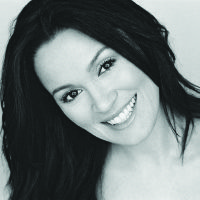 Last month I attended a small literature conference in Miami. On the second day, an attendee approached the podium and instead of delivering an engaging talk on film and culture, began to rant angrily about the audacity of the conference organizers, who had dared to host a conference in Florida of all places. He raged on and on about the money he had spent to travel all the way from his country (he’s an American living abroad) to the land of “racists, homophobes, and fascists, the world of Ron DeSantis.” “Next year,” he yelled, pounding his fist on the podium, the conference should be held in California. Never mind that this particular conference has been held in Florida for something like 27 years.

The vast majority of academics in attendance were repulsed by the man’s outburst. But this brand of angry rant—attacking and shutting down anyone who disagrees with your politics or ideologies — is characteristic of what is happening in many cultural settings right now, especially in academia. Those with the loudest and angriest voices have hijacked the profession for their own political agendas, and anyone who pushes back is labeled a racist or a fascist.

One factor in particular is driving this polarized and angry discourse: Americans have an obsession with false choices, and many of the movements within both far-left and far-right circles have taken advantage of this obsession.

The complex topics that are important to many Americans have become grossly over-simplified.

The complex topics that are important to many Americans—things like racism and policing, abortion rights, Ukraine and Russia, and even the Israel-Palestinian conflict—have become grossly over-simplified. And there’s a reason for this. By manipulating the discourse surrounding hot-button topics and painting disagreements as a fight between the correct or good perspective and the wrong or bad one, people are forced to side with what they are told is the right or just perspective.

It has become offensive and anti-woman, for example, to suggest that perhaps abortion need only be accessible for the first 24 weeks of pregnancy, and that abortions performed beyond that should be only in the case of the mother’s life being at risk. Instead, one must agree to abortion on demand for the duration of a pregnancy, or to none at all.

Likewise, it’s become a racist position to suggest that there can be both a problem with racism in policing and also a need for more policing in Black communities. And applauding the Black Lives Matter movement, while simultaneously calling out the corruption at its highest levels, should not be a racist position, but a race-neutral search for truth.

When it comes to Ukraine, it’s possible to acknowledge its history of antisemitism while also disputing Putin’s vulgar claim that his invasion is intended to de-Nazify the country. But for some, this complicates the narrative.

And with regard to Israel, as historian Gil Troy recently suggested, the Palestinian claim to the land does “not negate the Jewish title to Israel—other nations also have conflicting land claims without invalidating one another’s essential claims to nationhood.” In other words, both things can be true at once. But acknowledging the complexity of such conflicts forces people to think critically, and thinking critically isn’t good for politics.

Activism and politics thrive on simplicity. For many on the left, especially in academia, Palestinians must always be brown-skinned victims, whereas Israelis (read Jews) must always be white-skinned colonizers. And if you think that the recent terror attack in which three Israeli Jews, one of whom was dark-skinned, were killed by light-skinned Palestinians will challenge the dominant narrative, you’re mistaken and must be ignored.

We are addicted to either/or choices. Nowhere has this become more pronounced than in academic institutions.

Most academics aren’t trying to curtail free speech and dialogue and further their own political agendas. But the ones who are, are loud enough that it is reshaping what both students and professors feel comfortable saying in academic spaces.

A critical thought exercise led recently by Peter Boghossian, a former philosophy professor at Portland State University, demonstrates just how “triggering” a growing contingency of academics and students find invitations to critical dialogue. In the video, a group of students screams obscenities at Boghossian from the roof, and later confronts him in order to “disrupt” his exercise. As part of the exercise, Boghossian holds a sign that says, “There are two genders,” and people are invited to answer questions to discover whether the reasons they have for their beliefs justify their confidence in those beliefs. For the group that antagonized Boghossian, this exercise caused “harm” to individuals. As one might imagine, the group began their assault by pointing out Boghossian’s race (white) and gender—suggesting he has no right to initiate such a dialogue.

After about 20 minutes in which the group repeats some of the slogans and buzzwords that have become all too familiar on American ideological battlefields (“harm,” “triggering,” “whiteness,” “masculinity,” “safe space,” “non-binary,” “gender assigned at birth”), it becomes clear that not only is conversation not desirable, but also that it’s impossible. It’s impossible because one group has decided there is only one acceptable way to think about the subject, thereby transforming it into a moral obligation to repeat the slogans rather than an opportunity to challenge them.

When I first started graduate school in 2002, everything about the rigorous academic setting was the antidote to the either/or thinking that had characterized my life, much of which had been spent in a community that wasn’t known for parsing out the nuances of debates. I grew up in a fairly conservative community that didn’t necessarily disparage critical thinking when it came to polarizing debates, but also didn’t encourage it. It was easier to label everything as either right or wrong regardless of the circumstances.

But in graduate school every debate I’d ever heard suddenly looked different, as I learned to think beyond either/or possibilities. It was a gift to discover, as a young adult studying literature and philosophy, that my gut feeling when it came to just about everything had been valid all along. In other words, that gnawing sense of there being another side to every story, another way to look at things, that I had whenever thinking or talking about loaded topics, was not just validated but also nourished. Every class I took was an exercise in thinking about multiple perspectives, examining them over and over again, and, finally, questioning my own views.

Later as a literature professor I encouraged my students to consider other perspectives, to understand what may be important to those whose opinions differed from their own. I encouraged them not only to respect others’ points of view, but also to find valid points in opposite arguments. I found that the more students acknowledged the validity of other arguments, the more understanding and thoughtful they were. Teaching English was not just about teaching students how to write better; it was about teaching them how to think critically and deeply, about nurturing their awareness that people come from different backgrounds and have different experiences that shape their views.

It’s the loudest and angriest voices that get heard and get air time and interviews on media outlets. Maybe it’s time to question whether those voices, the ones pushing us into false choices, are worth listening to at all.

Sadly, many academic settings are no longer the bastions of critical thinking and respectful dialogue they used to be. I don’t believe that the majority of colleges and universities have abandoned their mission to teach students how to think as opposed to what to think, as some on the right might suggest (another false choice). But the professorial voices of the ones that have turned academic spaces into political spaces are loud and angry, and the broad, cultural effect on critical thinking is chilling. In the U.S., it’s the loudest and angriest voices that get heard and get air time and interviews on liberal media outlets. Maybe it’s time to question whether those voices, the ones pushing us into false choices, are worth listening to at all.

Monica Osborne is a former professor of literature, critical theory, and Jewish studies. She is Editor-at-Large at The Jewish Journal and is author of “The Midrashic Impulse.”

Grasping the Joy of Simchat Torah

JHubLA: Connecting With Young Jews Through Exciting Trips and Events

One Woman’s Life Dedicated to Aiding the Oppressed

“The Button Box” Explores a Muslim-Jewish Friendship – With Time Travel

Danny Danon on His New Book about His UN Tenure

East Africa or Southern, for Your First Safari Experience…

Thank you Los Angeles Press Club and Southern California Journalism Awards! I am honored to be a finalist for Book Critic! 2022 Finalist: 64th annual...
Blogs

There are so many things that are run terribly that we all complain about constantly, so I like to point out when something is...
Commentary

Founded in 1904, as a non-sectarian agency, JFLA’s mission is to deploy interest-free loans to help people get a hand up.
Commentary

The Jewish people wouldn’t be here without the determination of previous generations; and we wouldn’t have returned to Israel without the courage of a younger generation.
Blogs

A new Israeli study from the Technion finds an uninterrupted rise in the country’s temperature and humidity rates. Not only does this feel unpleasant, it is also dangerously unhealthy long-term.