The Total Collapse of Jewish and Israeli PR

You would think that the choice here between good and evil would be stark and direct and the world would stand with Israel. But precisely the opposite has occurred. 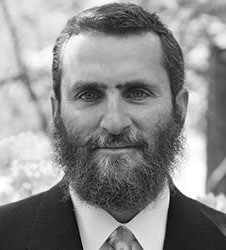 Rabbi Shmuley Boteach is the founder of The World Values Network. He is also what The Washington Post calls “the most famous Rabbi in America” who served as Rabbi to Oxford University for 11 years. The international best-selling author of 30 books, he is also the winner of the London Times Preacher of the Year competition. His latest book is “Lust for Love,” co-authored with Pamela Anderson. He is on Twitter @RabbiShmuley.

Rabbi Shmuley Boteach
Rabbi Shmuley Boteach is the founder of The World Values Network. He is also what The Washington Post calls “the most famous Rabbi in America” who served as Rabbi to Oxford University for 11 years. The international best-selling author of 30 books, he is also the winner of the London Times Preacher of the Year competition. His latest book is “Lust for Love,” co-authored with Pamela Anderson. He is on Twitter @RabbiShmuley.

From the beginning of my Rabbinic career I focused mightily on public relations and disseminating the Jewish message to the world. I was accused of being publicity hungry, but I knew that the one area where Jews have failed significantly was in public relations. And this is true throughout the centuries.

Only one nation has ever been accused of murdering god. The Jews. And our inability to properly respond to so heinous a charge — how can anyone murder an infinitely power being? — brought centuries of devastation to our people. Then they accused us of being vampires, of murdering Christian children to suck out their blood. No other nation has faced a similar blood libel, which led to the spilling of countless quantities of Jewish blood.

Now Israel is fighting a genocidal enemy in Hamas, a bloodthirsty death cult with a genocidal charter calling for the extermination of Jews wherever they may be found, including in the United States, Europe and Australia. Hamas aids and abets honor killings of Palestinian women, whose only crime is having a boyfriend. They slaughter LGBTQ Palestinians. They are ruthless and brutal to the wider Palestinian population, robbing them of the international funds sent to give them a better life and using those funds instead to fire rockets at Jews to murder as many of them as they can.

You would think that the choice here between good and evil would be stark and direct and the world would stand with Israel. But precisely the opposite has occurred, as Israel is now being portrayed as trying to “erase” the Palestinian people.

Take the example of Mohamed Hadid, the multi-millionaire father of supermodels Bella and Gigi Hadid, all of whom are vilifying Israel with gusto to their tens of millions of followers on Instagram. Last week Mohamed actually wrote, “No one should be allowed to erase a race… you can’t close your eyes… the Pope did in WW1 and WW!! And the rest of the world stood by silently….”

This is the ultimate blood libel, falsely accusing Israel, the only free society in the Middle East, of genocide. Hadid shockingly compared the Holocaust of six million Jews to Israel fighting back against Hamas rockets intent on murdering children. It takes incredible audacity to accuse the Jews of pursuing a genocide against the Palestinians, and this antisemitic blood libel about the Jewish people should be rejected by all people who value truth and human rights.

Instead, the blood libel is spreading.

Mohamed’s daughters, Bella and Gigi, joined by the singer Dua Lipa (purportedly dating their brother), have become an unholy trinity of Hamas terror-splaining It-girls engaged in the outright demonization of Israel and the Jewish people.

Speaking to their nearly one hundred million followers on social media, they have vilified the Jewish State with an all-consuming hatred.

They accuse Israel — a nation built in large part by Holocaust survivors — of ethnic cleansing, even as millions of Jews in Israel descend from refugees savagely forced out of every Arab land. They condemn Israel for the military checkpoints that were erected only after 700 innocent Israeli Jews and Arabs were blown to bits by suicide bombers on buses and cafés, many of them sent by Hamas. They call Israel an apartheid state, even as it is the only country in world history to airlift Africans into freedom and sets the standard for multi-racial and multi-cultural coexistence, with millions of Christians, Muslims and Jews living side by side as doctors, teachers and soldiers.

If Bella, Gigi, and Dua cared about Palestinians, they’d condemn Hamas and demand it stop its use of Palestinian children as human shields, cease its murders of LGBTQ Palestinians and reverse their denial of the Palestinian people’s right to elections after fourteen autocratic years. But those demands don’t fit into a campaign that’s solely about hating and defaming Jews.

Worst of all, in defending the Hamas terrorists, Bella, Gigi and Dua make themselves apologists for the genocidal aspirations of Hamas, whose charter calls for the murder of Jews “wherever they are found.” Hamas seeks nothing less than a second Holocaust: 1,800 shrapnel-packed rockets should be more than enough to prove they mean it.

Americans are used to seeing shallow celebrities peddling scams like FYRE festival, as Bella and Gigi infamously did, or embarrassing themselves with their political ignorance. But serving as apologists for genocidal terrorists takes celebrity abasement to a whole new level.

But that’s my whole point. The Jewish state is the only nation on earth of whom it is acceptable to falsely malign as genocidal murderers, even as Israel is the easily the most righteous nation in the entire Middle East and one of the most humane on Earth.

Why is this happening? It’s easy to simply blame antisemitism, and no doubt that is a big part of it. But the truth is that Jews have never believed in the importance of public relations and getting the truth of our message out. While Hamas arguably has hundreds of celebrity social media influencers with hundreds of thousands of followers who peddle their lies, Israel has virtually none.

Witness where we are now, where even Gal Gadot, the world’s most famous Israeli actor, will write on Instagram of how her family is under attack and suffering but will still not come out with a full-fledged defense of Israel as a righteous democracy fighting a terrorist tyranny.

And then there is the fact that for four years the Trump administration personalities were were so effective at defending Israel — from Mike Pence to Mike Pompeo to David Friedman to Nikki Haley to Jared Kushner to Ivanka Trump to Jason Greenblatt and more — that the Jewish community got lazy about doing it ourselves. Now that they are not in office, Israel is being vilified in the media with few to defend her.

If we are to win this public relations battle, the Jewish community has to make public relations a priority. We have to win over celebrity influencers to the justice of our cause. We have to learn how to master the levers of television, op-eds, broadcasting and social media, not to manipulate the truth, but to establish it: Israel and the Jewish people are a moral and righteous light unto the nations, and Hamas and the other Islamist terrorists are a cancer to freedom and a threat to the entire civilized world.

Rabbi Shmuley Boteach, “America’s Rabbi,” is the best-selling author of 30 books and recipient of the American Jewish Press Association’s Highest Award for Excellence in Commentary. He has just published “Lust For Love” with the actress Pamela Anderson. Follow him on Twitter @RabbiShmuley.

Previous articleShould Israel Apologize for Its “Place of Power”?
Next articleWhat You Miss When You Talk During Shul

Four Words to Change the World

Trending Now
80 Years Ago This Week: The Rubble That Could Have Been Jews

The Leadership Legacy of the Lubavitcher Rebbe

Postcard from Tsfat, the Antidote to Zoom

‘After Shabbat, We Will Act’: American Jews Gear Up for Wave of Post-Roe Activism

And in the Seventh Year, Every Farmer Stopped

A Bisl Torah – The Curvy Bridge

Children’s Book “I Hate Borsch!” Is a Love Letter to One’s Culture

Ideas for a Kosher Cookout on the Fourth of July

Drawing an analogy between the neighborhood she once lived in and the neighborhood in which Israel lives, she says people can learn to live together, but it’s the actions of those who have been hostile, not words, that are important.
Commentary

The Ethiopian Israeli community deeply loves Israel, Judaism, and the Jewish people and are able to hold that love at the same time that they confront discrimination and fight injustice.
Commentary

The Leadership Legacy of the Lubavitcher Rebbe

This week marks 28 years since the death of the Lubavitcher Rebbe, Rabbi Menachem Mendel Schneerson of blessed memory
News

Postcard from Tsfat, the Antidote to Zoom

We’re much happier when we connect in person, and communities come alive when their members come together.